Hamish is a writer, game designer and historian raised and trained for adventure in New Zealand and now venturing deep into the wilds of the infamous “New England”. He is best known for The Sprawl (2016), a PbtA game of mission-based cyberpunk action now translated into several languages, including French. He is currently working on Dinosaur Princesses, a game for young roleplayers focused on cooperative problem-solving, and Kratophagia, a game for older roleplayers focused on cannibalism and protean body transformation.

Hamish has been playing, designing and tweaking games since he discovered Fighting Fantasy gamebooks in the mid-80s. Most of that designing and tweaking has involved tabletop roleplaying games and miniatures wargames, but a few free-form larps and multiplayer team strategy games (now also known as “megagames”) have snuck into the mix along the way. He is part of the creative team at Cheeky Mountain Parrot Games.

You can hear Hamish discuss things in these places:

He has been drinking craft beer for significantly fewer years than that, but is still pretty enthusiastic about it. He occasionally contributes to Beer of Tomorrow.

When not gaming, but sometimes when beering, he can be found in an over-caffineated state, talking or writing about ancient history.

And a new addition to Ardens Ludere!

Dana is a human-ish who does things, including having written cyberpunk transfelinism pieces for The Sprawl and The Veil rpgs. They are also known to do freelance copyediting, layout, and art stuff for table-top games when not working at their mundane job in STD education.

In addition to their current work with Ardens Ludere (The Sprawl: Mission Files, The Sprawl: Touched, Dinosaur Princesses, Kratophagia), Dana is currently co-working on a game about A Kitten and The Way It Gets Down to Business, a CYOA text-based digital game. Because cats. 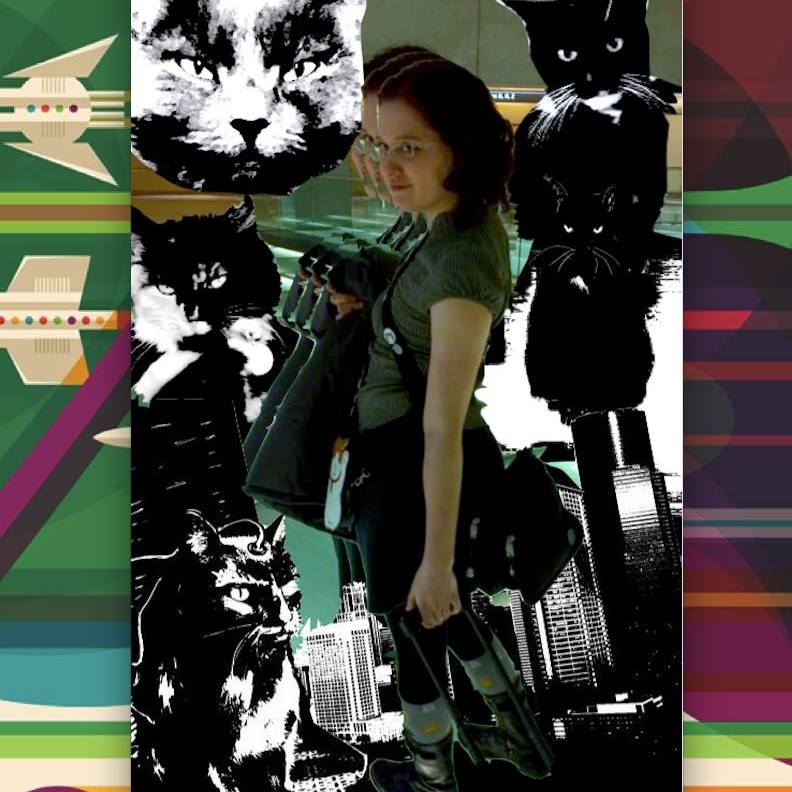