Another Weekend of Beer

A Weekend of Beer

Between a beer and board games evening on Friday, a birthday party at Beer Belly on Saturday, and the Firestone Walker/Food GPS CollaBREWtive Brunch on Sunday, my weekend was quite beer-centric. Two out of three of those events also involved Beer of Tomorrow, and since John just posted his picks of the weekend, I’m feeling inspired to do the same.

Lured by the promise of Mosaic, I was excited to try Golden Road’s Heal the Bay, but it didn’t really deliver on those delicious passionfruit flavours for me, so my Mosaic Brew of the Weekend goes to Beachwood Brewing Hopular Mechanics. The tropical notes on the nose promise more than the bitter pine and grapefruit palate deliver, but that nose is good enough that I would consider buying a pint on that basis alone. That said, it’s no Amalgamator or Epic Mosaic, the two all-time kings of this particular hill. 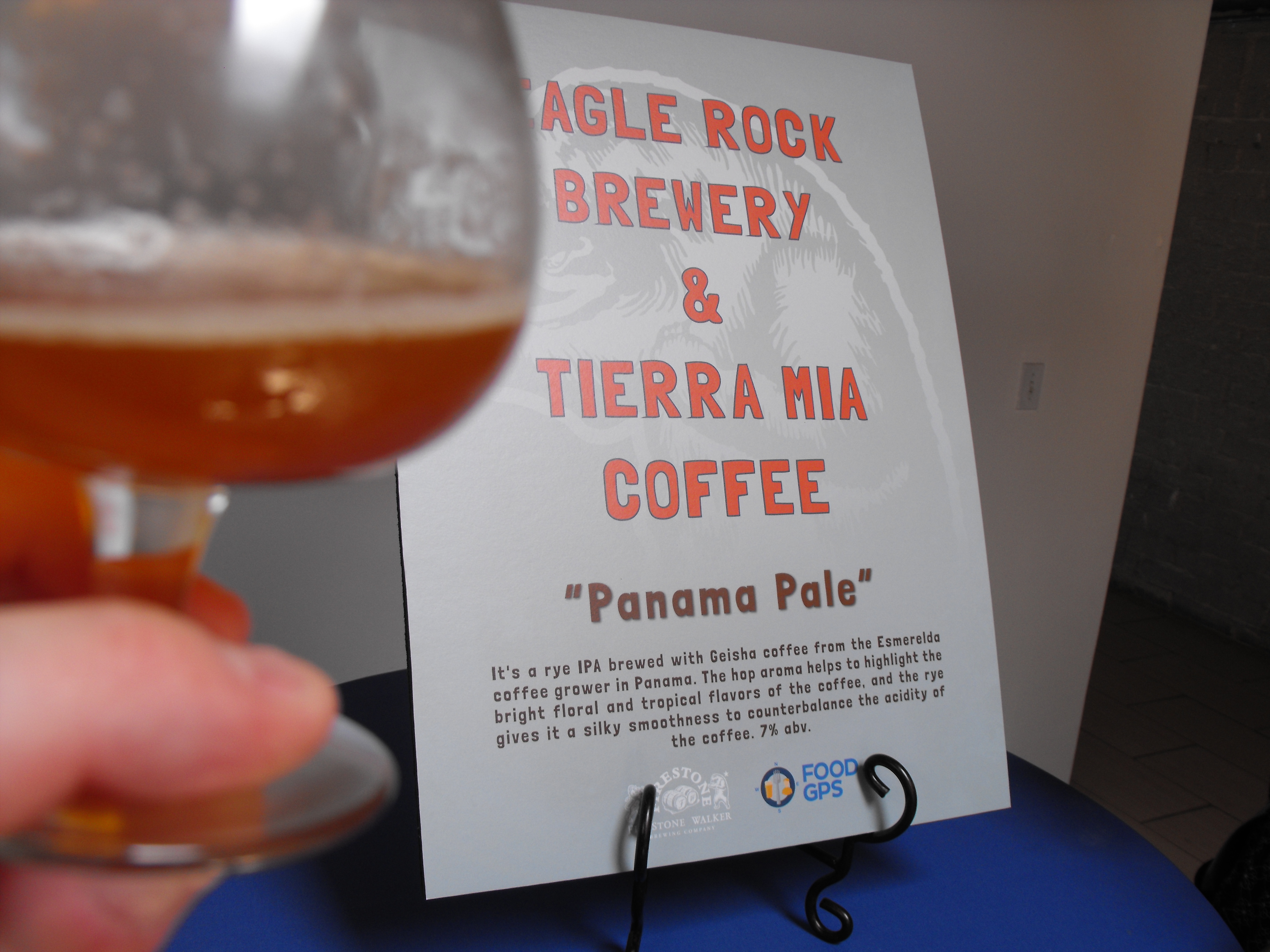 My next pick is for Coffee Brew of the Weekend. I tried a lot of good coffee beers over the weekend, so shout outs to the crisp refreshing palate of GRB’s Mildly Handsome, the chocolate richness of Abigaile Brewery‘s Black Mass Porter and the spice and molasses of Beachwood’s System of a Stout. I also liked Firestone Walker’s El Diablo. I’d have to try this side by side with Parabola, because I didn’t taste the coffee in this one, such was the domination of Firestone’s usual (and excellent) bourbony monster.

But there were two stand outs. The best was probably Eagle Rock’s Panama Pale Ale in which the tropical notes of the Tierra Mia beans perfectly complimented the hop notes of the pale ale. However, as an experience, the Cismontane/Caffe Luxxe Hopfee Continuum was the most fun. This comprised four brews, the baseline “Straight Up” was a malt forward pale ale (also labeled as “a Belgian/American blonde hybrid”…) which was modified first by dry hopping with Super Galena, second by the addition of Testa Rosa Dark Roast beans, and finally by both. Of these the straight dry hopped version was my favourite, and the final dry-hopped plus coffee brew was a bit too delicate for the serving temperature (if your mouth goes numb, you need to warm it up, people!), but as a four-brew tasting package, it offered an excellent chance to compare the same beer in different phases of life. 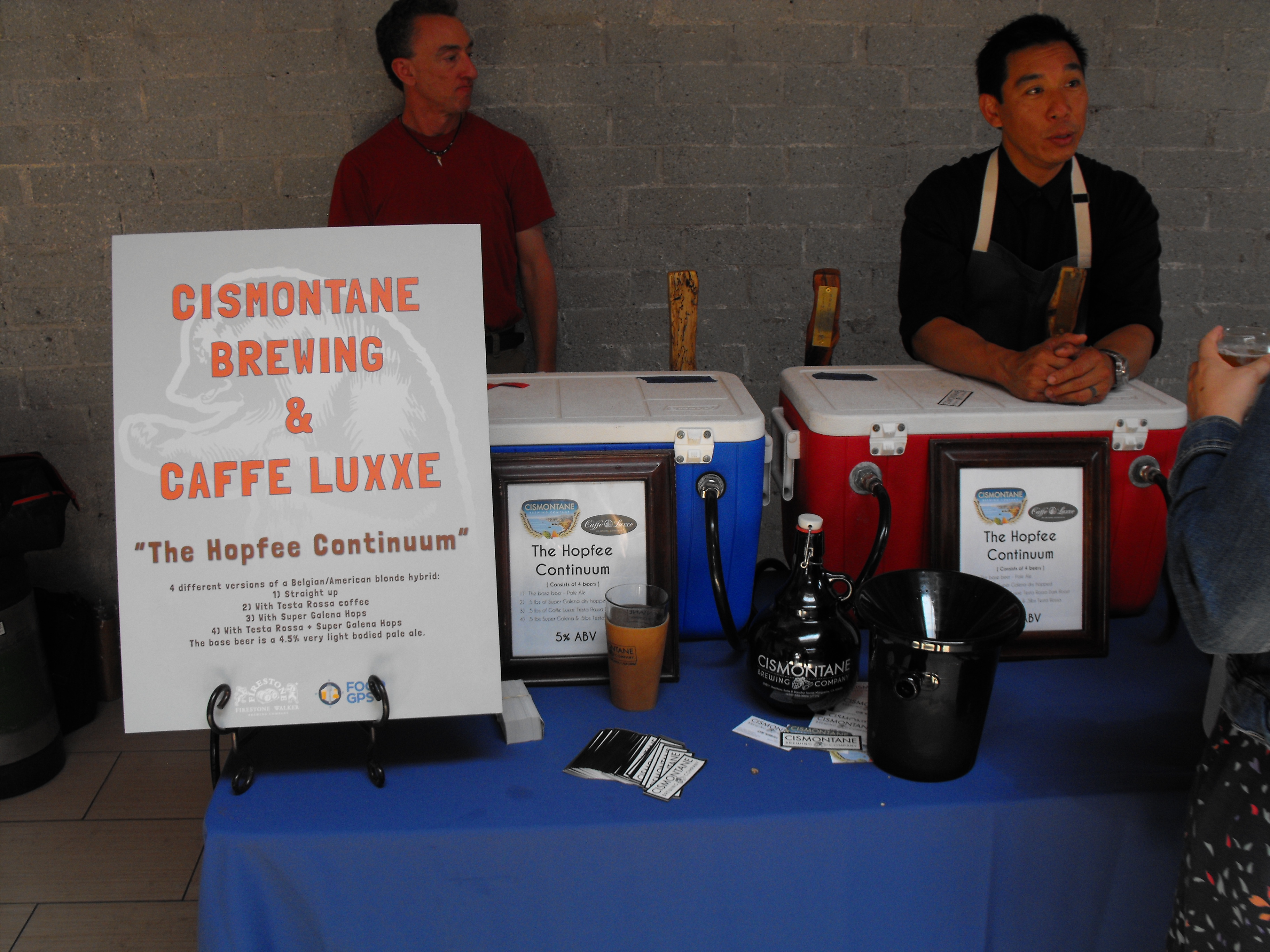 Biggie ups to Cismontane and Caffe Luxxe for having a water station on their table.

My final pick is an odd one. I had an unusual opportunity over the weekend to try several no-doubt excellent beers that were past their prime: three by Mikkeller and one by Stone. I had already had the Enjoy by 05.17.13 IPA when it was fresh with vanilla and fruit on the nose and a big hoppy palate. close to a month after its expiry date, the nose had mellowed into a delicate tropical affair and those big hop flavours had sunken into the malt base. Still good, but not amazing, and not so much to my taste. A useful object lesson in the life-cycle of hoppy beers. I have no comparative data on the three by Mikkeller, I think its fair to say I love their work. I’ve had ten previous brews by the Danish gypsy outfit and all but one have been at least 4 star beers (the one was 1000 IBU Ultramate, so it’s excused). So I was disappointed not to try the Mikkeller 19 (a reference to the number of hop varieties within), the Hop Series Amarillo, and the Hop Series Citra in their prime. Nevertheless, even in quite sub-optimal conditions, the tangerine and peach notes in the Citra were delicious, so it’s my Expired Beer of the Weekend. 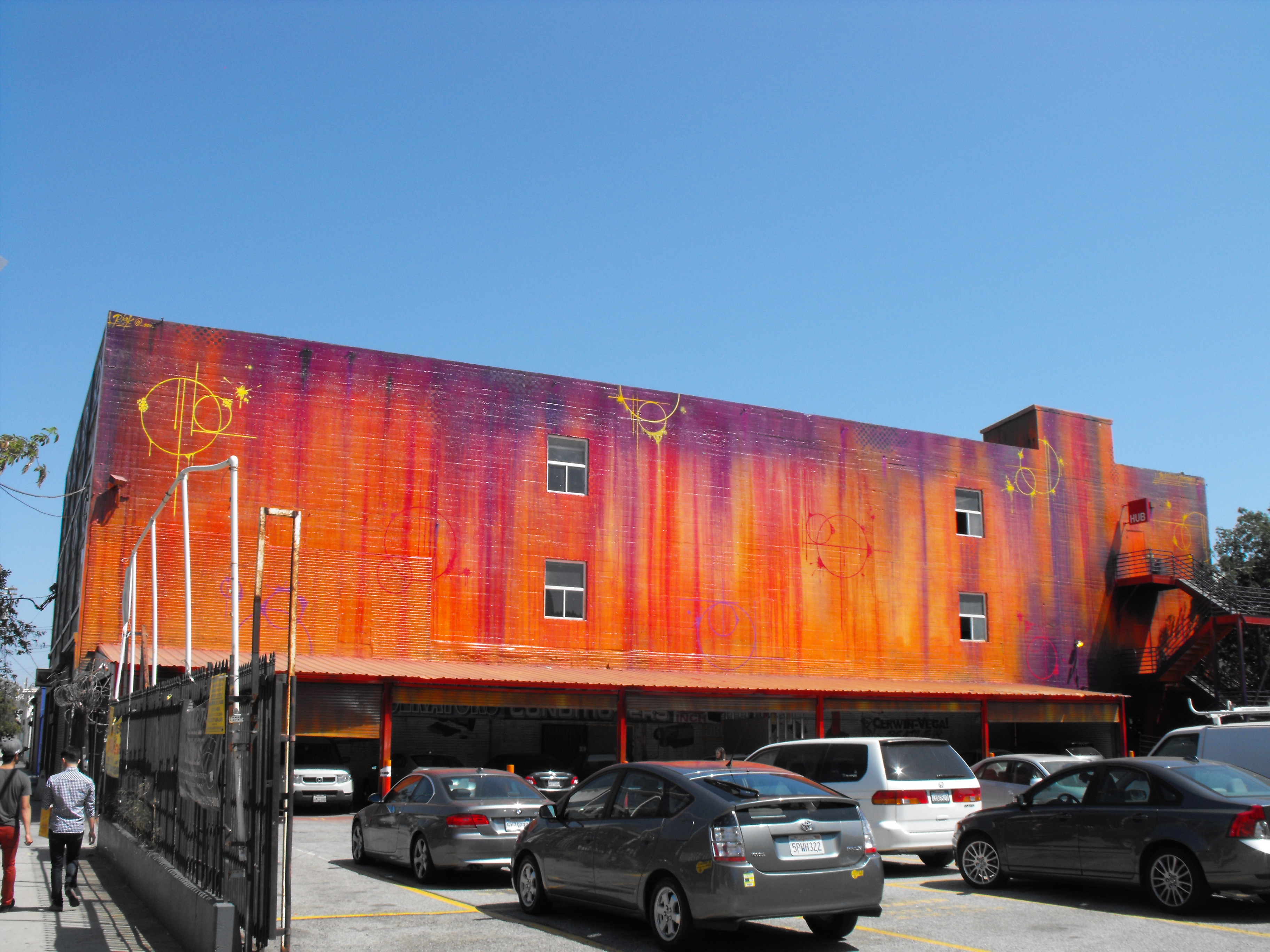 The street art in this part of Downtown is amazing.

Okay okay, one more: Angel City Brewing Pickle Weisse. It tastes of freshly brined pickles. If that sounds like something you want in your mouth, do that. This is my WTF Beer of the Weekend.